Winter is over in SihanoukVille, but the party still seems to be on!
Winter (November to February) was cool, but cloudier than ever.
Ocheteaul and Serendipity Beaches and the Islands were quite busy this year, as was downtown and Victory Hill. 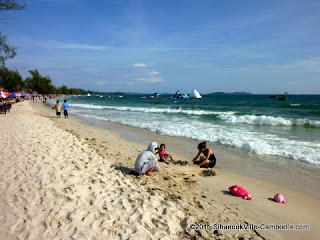 Several passenger cruise ships stopped at the Port for the day, as did many Naval ships, (sometimes for a week at at time).  Most recently, the U.S. aircraft carrier U.S.S. Essex was in town. 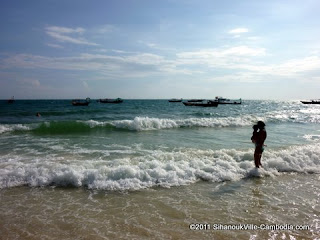 Several new businesses have opened in the last couple months, including:

Holiday Palace Casino has a new location on Independence Beach

Utopia has added a Box, an indoor disco, next to the pool

Lan Choul is our first car rental agency in town

Check out Koh-Rong-Cambodia.com for more detail on the islands 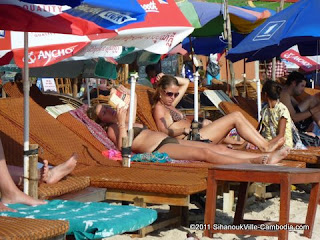