It's Wintertime here in SihanoukVille, Cambodia.  And it's starting to get cold!  The temperature has dropped down as low as 25 degrees (that's like 75 degrees for you Americans).  The town's starting to fill up with tourists, as the seasonal rains have stopped. 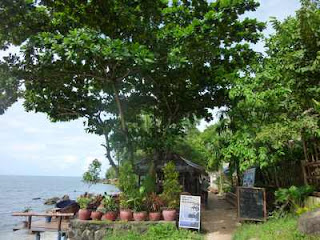 Several new places in town, including:

White House Hotel.  A new hotel in back of Victory Beach.

The Blind Beggar.  A restaurant/bar downtown

Douceur Du Cambodge.  A French Bakery near the market.

Cambodian Resort.  A resort with swimming pool in back of Ocheteaul Beach

Dr. Fish.  A foot massage on Ocheteaul Beach.  And the 800 doctors are small fish.

Harmonia Luxury Guesthouse - on Victory Hill, with a fine restaurant

Khmer Broneth Resort - A quiet resort with a swimming pool

ParaVille Paragliding - Paramotoring, and lessons too.

Sovann Phoum Guesthouse - another old favorite, next to Cambodian Resort on Ocheteaul

and Jonathan has a new book out with sketches of SihanoukVille.


Other than that, everything's pretty much the same.  Christmas / New Years next month should be the busiest time of year.  Several new restaurants and hotels are going up around town as always.  A large shopping center, Pearl City, (along with 100's of homes, offices, apartments, and offices) should be open by January 2011.
Posted by SihanoukVille at 8:38 AM