2016 has just started in SihanoukVille, Cambodia.   The Southern Coast of Cambodia including SihanoukVille, Kampot, Kep, and Koh Kong are all booming.

Otres Beach and Otres Village doubled in size during the year,  the town added a handful of new casinos, and dozens of hotels, and the islands have started mega projects at several locations. 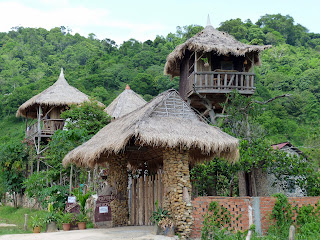 2016 looks like the pace might even pick up over the previous year.  There are 2 new roads to Otres Beach: one from route 4, coming directly from Phnom Penh, and another from the SihanoukVille Airport (which has added several flights, including a few international ones).  Previously unoccupied islands around town are opening up, more casinos are on the way, and we even have Mini Golf!

The number, size and speed of the ferries going from the mainland to the islands are increasing, and the prices are dropping too.

Still affordable rooms on both the mainland and islands from $10 (although you might get a fan only room for way less), and higher end rooms are being built left and right.

It's a great time to visit SihanoukVille and the surrounding islands!

Posted by SihanoukVille at 8:29 AM